On April 6, 2021, First Mining entered into a definitive agreement with Big Ridge Gold Corp. (“Big Ridge”) (TSX-V:BRAU) whereby Big Ridge may earn up to an 80% interest in First Mining’s Hope Brook Gold Project located in the mining friendly jurisdiction of Newfoundland, Canada. The project consists of 7 mineral and exploration claims that cover 26,650 hectares. 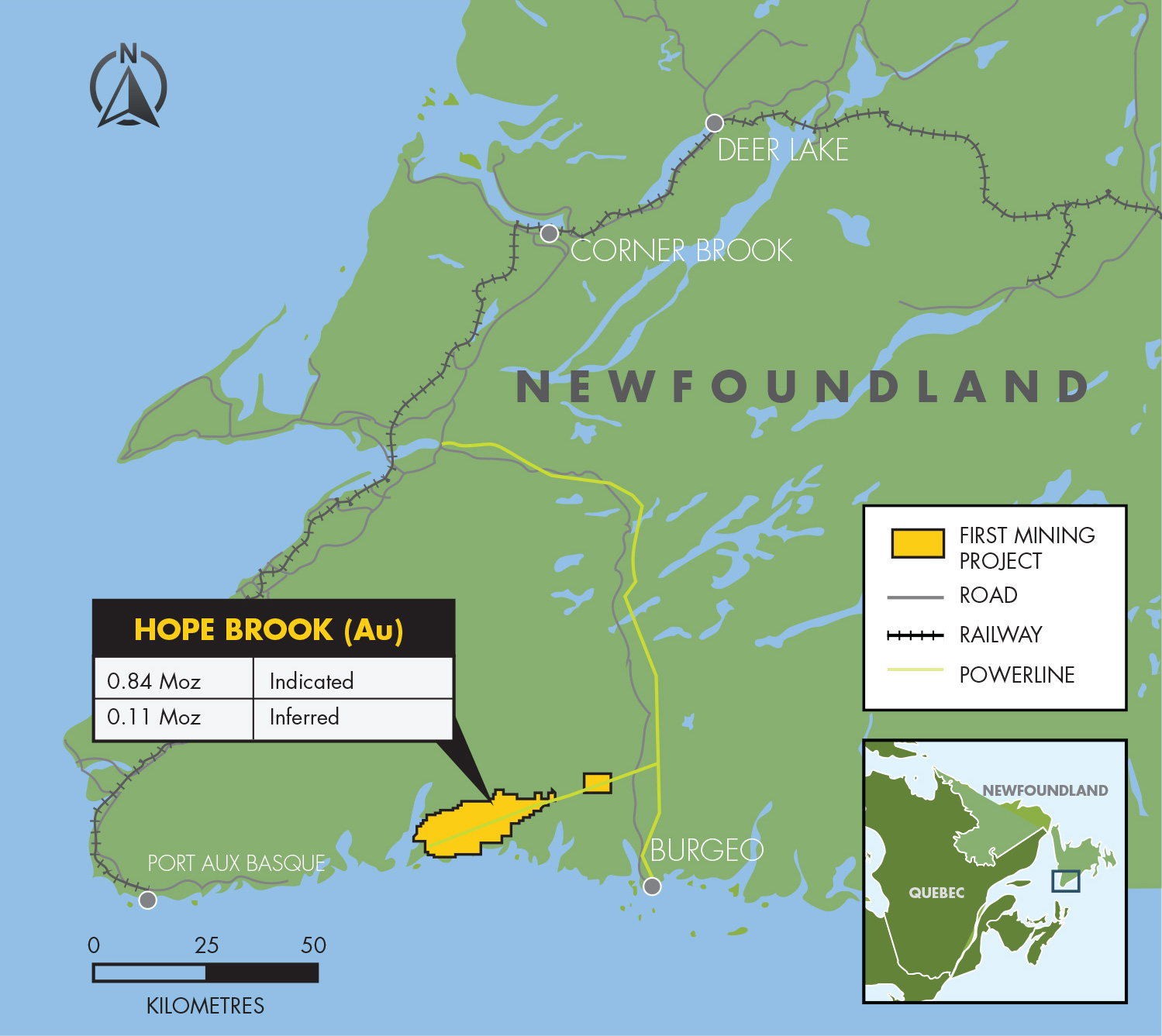 2. Resource includes only the Mine Zone and 240 Zone areas.

3. Resource is based on the partial percentage block model with dike material removed. Dike percentage is estimated at 18% for the Mine Zone and 0% for the 240 Zone.

5. The rounding of tonnes may result in apparent differences between tonnes, grade and contained ounces.

6. Mineral resources that are not mineral reserves do not have demonstrated economic viability. The estimate of mineral resources may be materially affected by environmental permitting, legal, title, taxation, sociopolitical, marketing or other relevant issues.

The Hope Brook deposit was discovered in 1983 by BP-Selco Inc. and was mined from 1987 to 1997 with total production reported to be 752,163 ounces of gold plus a copper concentrate from 1993 to 1997. In 2011, Coastal Gold began an exploration program around and below the existing Hope Brook mine resulting in the development of an underground resource based on 3 g/t gold cut-off of 954,000 ounces of gold in combined Indicated and Inferred categories. First Mining acquired Coastal Gold and the Hope Brook property in July 2015.

The deposit type is similar in nature to the Haile gold deposit in South Carolina.